Ready to start a garden this year? I can help.  FREE Garden Plans!

You may be wondering why on earth I’m posting about homemade birdseed ornaments after Christmas? Why am I including this in the gardening category? Well…Birds are great to have in the garden. Yes, they occasionally peck a hole in your perfectly ripe tomato or steal a few blueberries from your bushes, but they have their place in the garden too.

Birds help control bug populations in our gardens. Having birds around can keep insect damage to a minimum. And this is the time of year when they have trouble finding food. There usually isn’t much growing in your garden for them to eat right now nor are there many bugs flying about. 😉

So on the quest to feed our feathered friends, I started looking into homemade birdseed ornaments. I tried 3 different “recipes” with varying results. I’ve shared the good, the bad, and the ugly of each recipe below. I’ve also shared what we are choosing to do instead.

(Please note that some of the links in this article may be affiliate links and I may receive a small commission if you purchase something through a link. It will not change your cost. As an Amazon Associate I earn from qualifying purchases. For more information, check out my disclosures page.)

The first recipe we tried used gelatin, corn syrup, water, and birdseed. You mix the ingredients, let the mixture stand for about 30 minutes, and then press it into cookie cutters. Add a piece of a straw to make a hole for the string later. After refrigerating the ornaments overnight, you pop them out of the cookie cutters, remove the straw, and tie a string through the hole.

The ornaments we made were beautiful and came out well. I hung a couple in the tree right outside our kitchen window. It didn’t take long for the birds to find them.

My first mistake was not hanging them where the birds had a branch below the ornament to sit and eat. We watched a poor cardinal struggle to get a couple bites of the ornament. So I relocated the ornaments where they hung near a branch for the birds to sit on.

The next morning, we had a rain storm that brought a bunch of wind. The ornaments fell to the ground. I’m not sure whether it was the wind or the rain that brought them down, but they didn’t last long. Luckily our birds are fairly resourceful and they found the birdseed anyway.

Many people reported that the gelatin ornaments grew mold after several days. While we didn’t have this problem because I kept ours in the freezer, many different blogs I checked had people report mold in the comments. That’s definitely not something we want to feed our feathered friends.

I had put the extra ornaments in the freezer, so I will continue to pull them out a couple at a time, but I will be sure to check each day for mold and promptly remove them if I spot any. If you use this method, proceed with caution.

So on to the next recipe.

One recipe I found used coconut oil, peanut butter, and birdseed. I knew that coconut oil melts at 76 degrees, but I was hoping it would be ok in the middle of January.

This recipe directed me to melt the coconut oil and peanut butter and then stir in the birdseed. A very simple recipe and I had everything in my pantry.

One ornament broke as I was trying to pop it out. The others, while difficult to get out, came out in one piece. Unfortunately, I didn’t get the straws all the way to the bottom of the several. I made a mess of the straws too, trying to get them through the mixture. And they only lasted a couple of hours before they fell to the ground on a cloudy day with a high of 38 degrees. 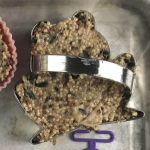 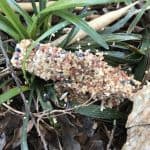 Shortening birdseed ornament. It fell apart as soon as I hung it up.

I saw a recipe online that used shortening and the first thing I did was research whether shortening is OK for birds to have. The Audubon Society uses it in their recipe for suet cakes so they apparently think it won’t harm our birds.

I would have liked to make their suet cake recipe. I was pulling ingredients out to try it too. Then I noticed that it said they weren’t recommended in temperatures above 50 degrees. Here in NC, we can have 30 degree highs one day and 70 the next. There was no way that would work in my climate. Plus, I don’t have a suet feeder as they suggest.

The shortening recipe I found was the same as the coconut oil birdseed ornament recipe, except it didn’t require you to melt the shortening and peanut butter. It mixed easily and was easily pressed into the cookie cutters and silicone muffin without incident. Per instructions, these went into the freezer to set up.

I really wondered how they would hold up as the mixture was extremely soft going into the cutters. After freezing these overnight, I popped them out the next morning. They all came out of the cookie cutters quite easily. Before they had chance to warm up, I immediately took them outside to hang them.

It was 35 degrees at the time so I was hopeful the shortening would stay firm. But no. This one was an epic fail. I barely got one ornament hung in the tree before the string cut through the shortening and it came crashing to the ground. The only way I could see this recipe working is if it doesn’t get above freezing all winter. (And I’m still not sure it would work then!)

These can also be messy, and not quite as pretty, but they do work well. Within 10 minutes of hanging mine in the tree outside our kitchen window, I had a beautiful cardinal happily munching on it!

While making homemade birdseed ornaments can be fun, be sure you monitor the ornaments after you hang them out. I can’t really recommend any of the first 3 recipes as I feel they all have their flaws.

Personally, from now on, we will stick with the pinecone version. It’s easy, works really well, and our birds actually seemed to prefer the pinecone bird feeders. After two days, the pinecone ornament was nearly empty of seed, while the gelatin one had been largely ignored. The ones that crashed to the ground were eaten by squirrels and a few wrens that came along.

So, have you ever made birdseed ornaments before? What recipe did you try? Did you have any trouble with mold growing on them or them falling to the ground?

I'll send you the password to my resource library that includes frugal meal plans, gardening printables, and my 4 most popular DIY body care recipes.

This site uses Akismet to reduce spam. Learn how your comment data is processed.

A little bit about me… 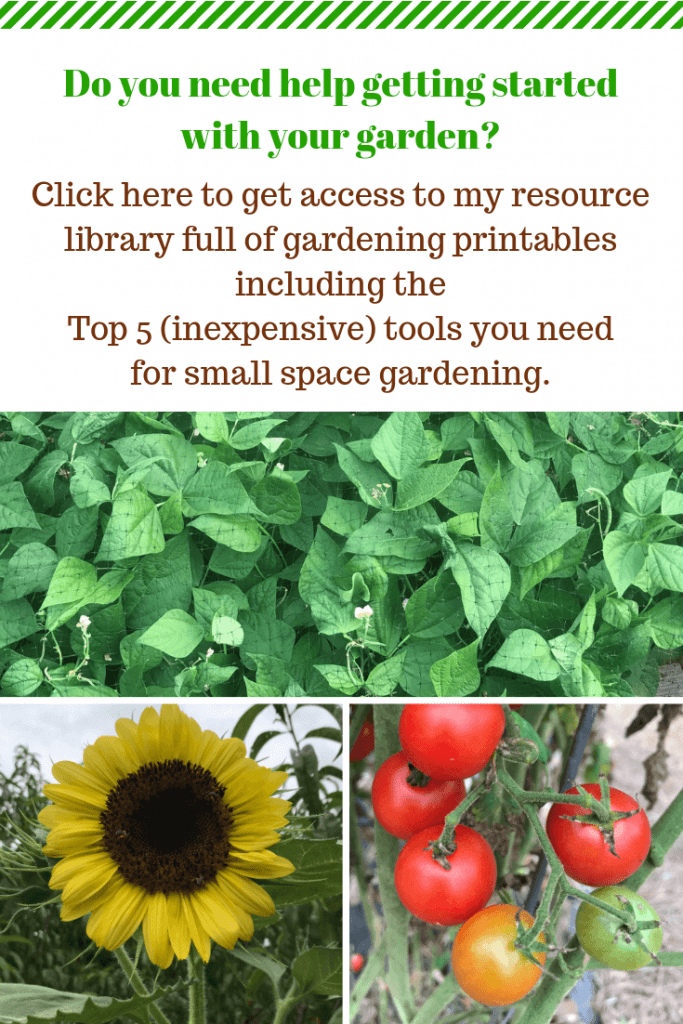 Stay up to date

Thanks for signing up!

Get access to my library of free printables just by signing up for my weekly newsletter!

Would you like to calm the chaos in your home? Kay

I’m finally starting to get some fresh eggs from

Inquiring minds want to know...What do you wish yo

Did you make a New Year’s resolution to eat heal

Looking for a non-alcoholic drink for New Year’s

Did you spend too much money at Christmas? Are you

Load More...
54shares
We use cookies to ensure that we give you the best experience on our website. If you continue to use this site we will assume that you are happy with it.Ok